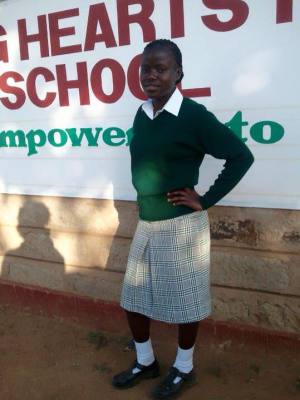 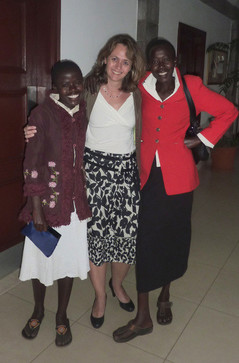 Three years ago at a meeting in Kenya I met a mother and her daughter. It was the lunchtime break, the meeting brought together those working in the three diseases along with civil society representatives namely from NEPHAK. It was a fascinating day and confirmation that the work being done back at headquaters really was having an impact.  Anne and her daughter Nancy were sitting together just ahead of me talking quietly. I spent a moment looking at these two women; I could see they had dressed up for the occasion; there natural un-braided hair projected a modesty and simplicity of their lives. I went and sat with them and listened to their story.

Nancy was a little shy leaving her mother to guide the conversation. Anne has two children. Her HIV negative 18 year old son had just got his high school diploma. Nancy’s dream was to become a doctor and help others as well as to travel the world, Nancy was born with HIV. I asked her about school and Nancy said she no longer went. Anne dropped her eyes she could no longer afford the school fees for her daughter. Anne lives in Kibera the largest slum in Kenya. Her means are modest, the disease, stigma and discrimination have affected her too.

I could not stop thinking of what would happen to this beautiful girl who at 14 was out of school and thanks to HIV treatment would need to grow and work in this harsh world with such limited education, the vulnerability so flagrant. Just a few years ago HIV was a death sentence but not now with increasing access to treatment. What doors would open for her with such an educational lapse? What choices would she be able to take on her health and wellbeing? What voice would she have to express and change the world for the better? School lessons remain a blur to me but I did learn that a high school diploma is a key to open doors - it allows choices. It happens that positive parents have favoured the education of their negative and male children, it is an economic choice which is hard to bare. 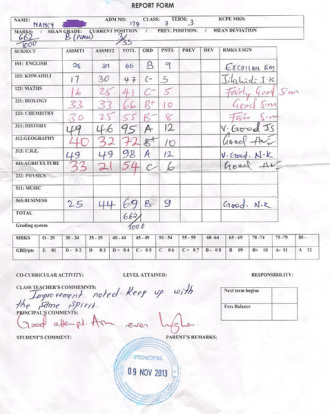 I found out how much Nancy’s school fees cost. Her grace had moved me and I wanted to make sure she had that first key to open the door to her dream and to make her own choices. I have just sent her third year of fees through money raised from raffling a picture I painted. Going back to school was not easy for Nancy, at first she was sent to boarding school but became sick and with the upcoming elections looming Anne wanted her closer to home. Today she is thriving and well on track to getting her high school diploma.

By helping Nancy and others, and believing in them, brings a positive effect to their school work, I have seen grades improve, confidence restored and with it better health. This is why I need to continue this work. 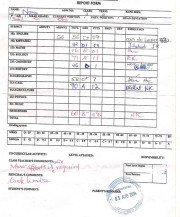 Hello, How are you doing? I believe you are alright. It has been long since we communicated but now I am back and I am alright.

Catherine here is doing okay and she sends a lot of greeting to you. I am back on a school holiday for three weeks. While at school, we sat for our end term exam and and my results are below together with Catherine's.

I do hope we will continue to communicate for the few weeks I have. My mother also sends her greetings to you and your family.